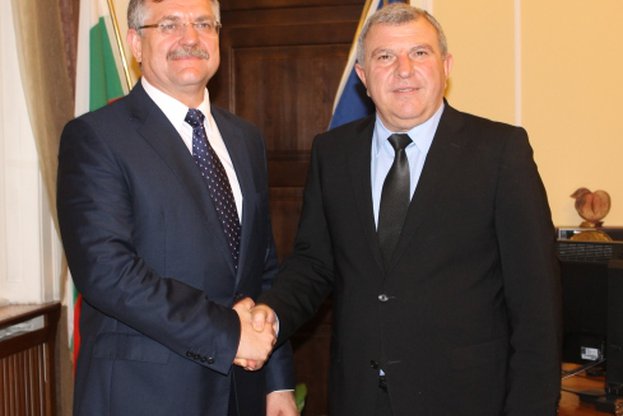 “Bulgaria and the Organization of the Black Sea Economic Cooperation (BSEC) have good prospects for collaboration”. This statement was made by agriculture and food minister Prof. Dimitar Grekov at a meeting held in MoAF with Ambassador Victor Tvircun, Secretary General of the BSEC Permanent International Secretariat.


Our country was nominated to chair BSEC on rotation basis during the first half-year of 2014. Discussions today include holding a roundtable in Bulgaria in April 2014, in which all BSEC member-states are to take part.

“We have to join hands in approximating the requirements for control along the borders within BSEC, aiming to guarantee safety and quality of foods, to limit animal diseases and plant pest quarantines, and to track generally the game movement in the region”, stated minister Grekov. He emphasized that these measures could assist the general dynamics of development in the Black Sea Economic Zone, where the quality of cultivated agricultural products made them globally competitive.

The discussions during the meeting included also cooperation in fishery, stock-breeding, grain production and exchange in the areas of agricultural science and education.