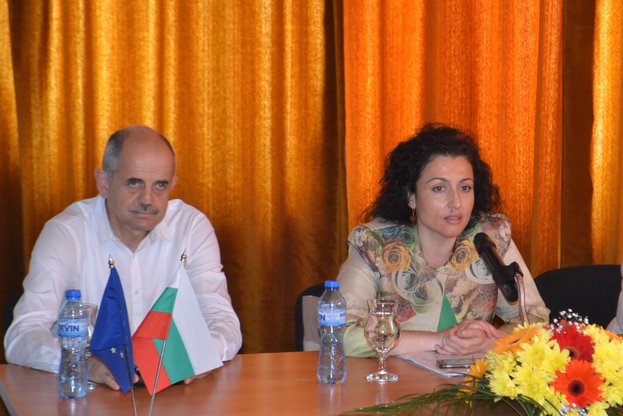 “The budget for coupled support in Bulgaria is the maximum possible in the European Union”, announced Minister of Agriculture and Food Desislava Taneva during the presentation of changes in the Ordinance for specific requirements for dairy products before the branch representatives, which was held in the town of Smolyan. She stressed that the country has a certain budget under the support schemes. "We need to be sure that these funds are allocated to farms that have the potential to develop and meet the changes in aid policy in United Europe" explained minister Taneva.

She announced that there is an increase in the declared areas and animals under absolutely all direct payments measures for 2016, except measures for dairy cows. "The increase in the area for support is an average of 1% for the Single Area Payment Scheme (SAPS). Upon completion of the direct payments campaign, it is noteworthy that farmers are oriented to restructure their farms under the scheme, which received the highest rate last year, "added Desislava Taneva. She said further that the rates have not been determined but obtained on the basis of the total notified budget for the relevant scheme by the European Commission, divided by the permitted areas and / or animals.

Desislava Taneva said that at the moment teams of the Ministry of Agriculture and Food and Agricultural Academy prepare an analysis on the implementation of coupled support schemes over the past two years. "As a result of this analysis and the needs of Bulgarian agricultural community we will propose changes in these notifications we send to Brussels, "said Taneva. She stressed that the changes will aim to motivate the branch to develop in a structure of livestock breeding that would sustain the expected changes”.

Minister of Agriculture and Food explained that for the first time a measure of mountain farming will be offered under the coupled support schemes, where the number of animals will be smaller and will be put in a separate scheme.