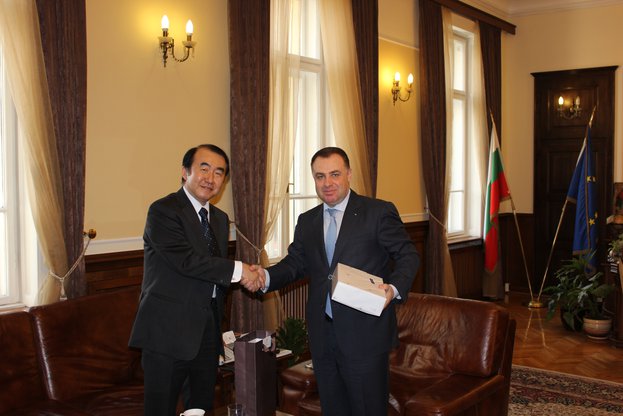 The meeting, which took place at the Ministry of Agriculture and Food, was dedicated to the bilateral relations of the countries with respect to trade in agricultural products.

In Japan, Bulgaria is most popular with yoghurt and rose oil and I believe we can offer our dairy products, the minister said. He underlined that it is hard to make a name for yourself on the conservative Japanese market. Naydenov noted that the forthcoming UTAGE 2013 international food expo will offer an excellent opportunity to advertise Bulgarian food and products. The fair will be held in Osaka between April 26 and May 6.