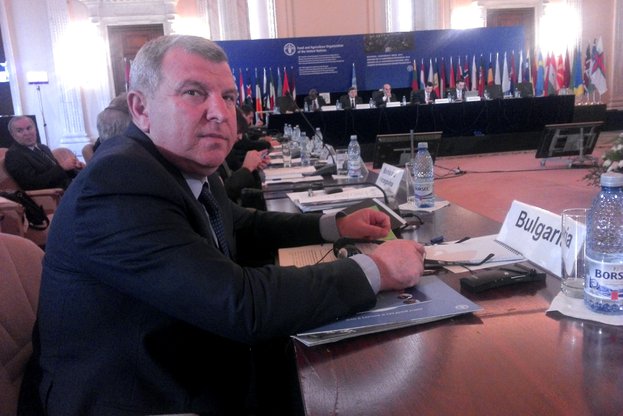 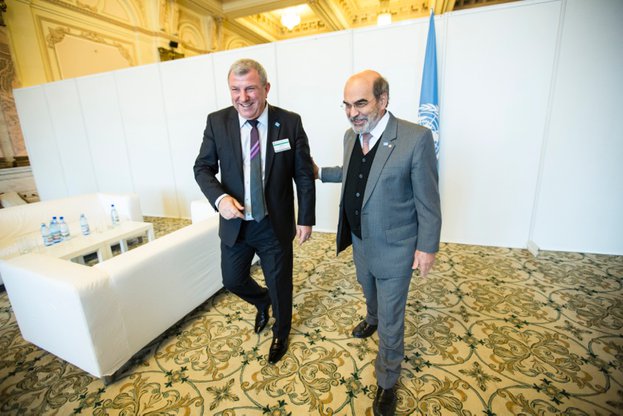 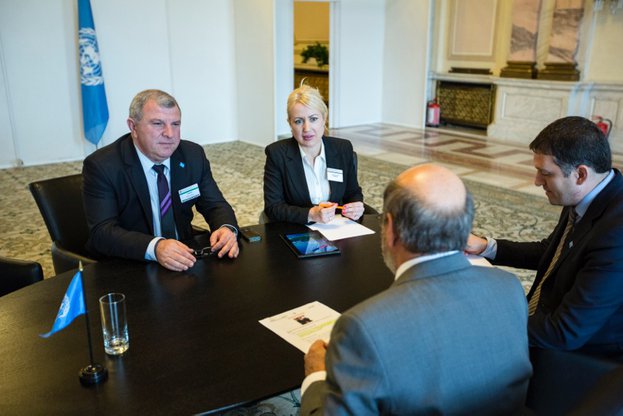 Minister of Agriculture and Food, Prof. Dimitar Grekov participated in the 29th FAO Regional Conference for Europe and Central Asia in Bucharest, Romania. Within the framework of the conference Minister Grekov had a meeting with the Director General of FAO, Dr. Jose Graziano da Silva, where both commented on active cooperation between Bulgaria and the FAO. One of the issues they discussed was the small farms support under the declared by the FAO International Year of Family Farming. Minister Grekov invited Dr. da Silva to visit Bulgaria.

He participated in the Ministerial Roundtable Discussion on "Food Losses and Waste in Europe and Central Asia." Bulgarian Minister stressed that the country welcomes the Global FAO Initiative on food losses and waste reduction , launched in 2011, " It is aimed at promoting dialogue between interested parties involved in the chain of production and the food supply and the development of effective measures to reduce food losses and waste , "said further the Minister.

Within the forum Minister Grekov met with his Moldovan counterpart, Mr. Vasile Bumakov. Both discussed Moldova’s accession to the EU, as well as the bilateral cooperation in the field of wine production and opportunities to exchange vine seedlings.

Minister Grekov also had a meeting with the European Commissioner for Agriculture and Rural Development Dacian Ciolos.