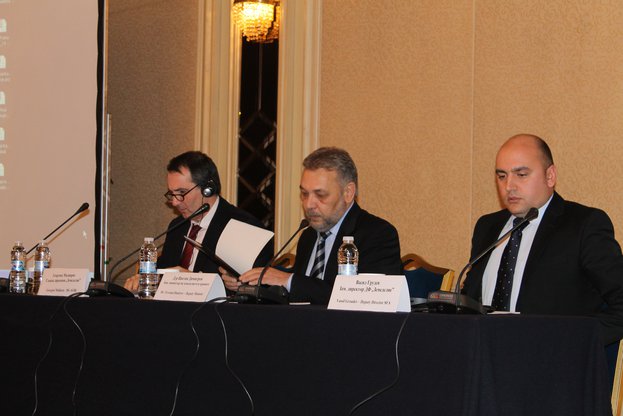 The European Commission has up until now approved nine promotional programmes with Bulgarian participation of a total value of EUR 32 million, Deputy Minister of Agriculture and Food Dr. Tsvetan Dimitrov told the Promotional Programmes for Agricultural Products forum, which opened at the Sheraton Hotel on Friday.


He added that the programmes involve dairy products such as white brine cheese, cheese, yoghurt, wines with protected designations of origin, processed fruits and vegetables as well as fresh cherries. These programmes cover 15 countries in Europe, North and South America, Asia and Australia.

The Open the Seal of Taste scheme, targeting canned fruits and vegetables, kicked off at the end of 2011. In 2012, there was more intense trade activity under the programme, Dimitrov noted. Exports of peach compote to Romania surged from 675 tonnes for 2010 to 1363 tonnes as at end-2012. Lyutenitsa exports to Germany soared from 191 tonnes in 2011 to 292 as at October 2012.

Dimitrov underlined that the success of the promotional programmes hinges on the healthy cooperation between Bulgarian producers, processors and the state administration.