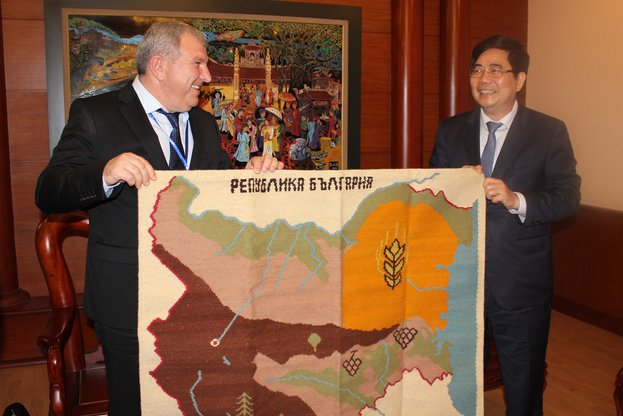 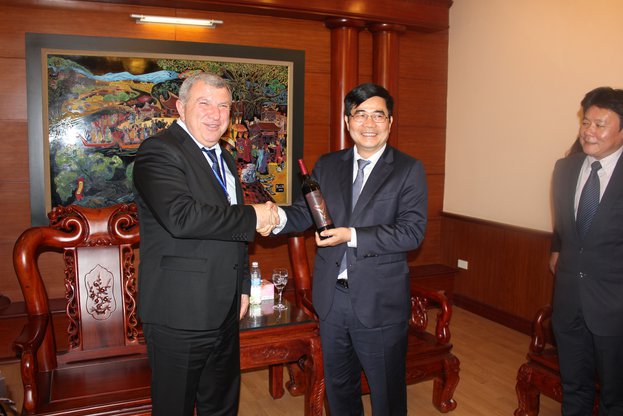 Within the official visit of the Prime Minister Mr. Oresharski to Vietnam Minister Dimitar Grekov met with his counterpart Professor Dimitar Grekov, and Vietnamese Minister of Agriculture and Rural Development, Cao Đức Phát. During the talks, the two ministers discussed the establishment of the Working Group on Agriculture, which first meeting will be held this year in June in Vietnam, while the next will be in September in Bulgaria.

Further cooperation in the agricultural sector on specific spheres laid earlier in the Memorandum of Understanding signed by the two ministers was also discussed. Among the issues discussed were cooperation in the phytosanitary and veterinary fields, plant growing, stock breeding, fisheries and aquaculture, exchange of scientific and technical information, joint training etc.

Both ministers agreed on the idea that the role of the two ministries is to create a favorable business environment in Bulgaria and Vietnam to promote trade with agricultural commodities.