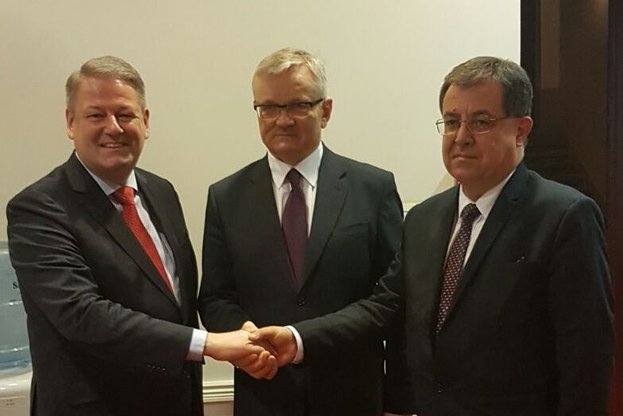 The priorities in the field of agriculture during the EU presidency were discussed in Tallinn, Republic of Estonia. During a tripartite coordination meeting between agriculture ministers of Bulgaria, Estonia and Austria became clear that countries would work to reform the Common Agricultural Policy after 2020 and the EU budget for agriculture in the context of Brexit.

Minister of Agriculture and Food Prof. Dr. Hristo Bozukov pointed out that the communication and coordination at the political level between the expert teams, created in the ministries, are of great importance. "This is a guarantee of receiving up–to-date information at any stage of work package documents," the minister explained.

Each of the three ministers presented information on the preparation of their teams for the respective presidencies. He pointed out that for Bulgaria and Estonia this was the first presidency, while for Austria it was third. In this regard, the Austrian Andre Ruprehter gave practical advice to his colleagues in terms of his experience in the General Secretariat of the Council.

"The meeting launches the development of better coordination within a year and a half, beginning on July 1, with the start of the Estonian presidency," said Prof. Bozukov.