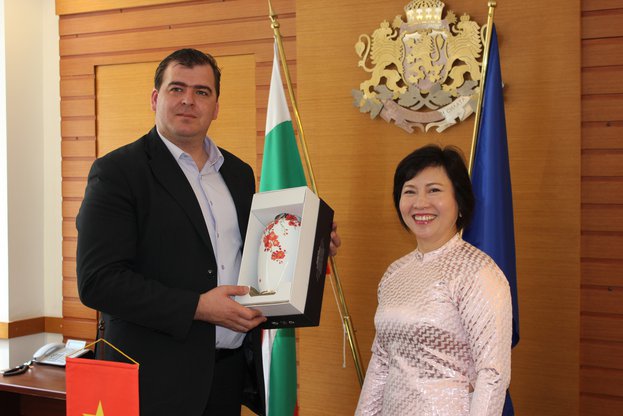 “The interest of Bulgarian enterprises to trade with Vietnam is huge so you have our full support for even more accelerated cooperation between the two countries. “, this stated Deputy Minister of Agriculture and Food Yavor Gechev during the meeting with Ms. Ho Thi Kim Thoa the Deputy Minister of Industry and Trade of Vietnam.

Deputy Minister Gechev, who is also co-chairman of the Intergovernmental Bulgarian- Vietnamese Commission for Economic Cooperation, said that relations between Bulgaria and Vietnam have developed very fast and this pace should be maintained. “We still have what to do to achieve even closer contacts between Bulgarian and Vietnamese businesses. Bulgaria, as a member of the European Union can contribute to the successful penetration of Vietnamese goods to the European market, "stressed Gechev.

Deputy Ministers Gechev and Thoa agreed that joint projects can be implemented in areas such as tobacco production, processing of fish and fishery products, pharmaceuticals and biotechnology.

During the meeting both officials also discussed the preparation of the 23th session of the Bulgarian- Vietnamese Commission, which will take place at the end of the year.