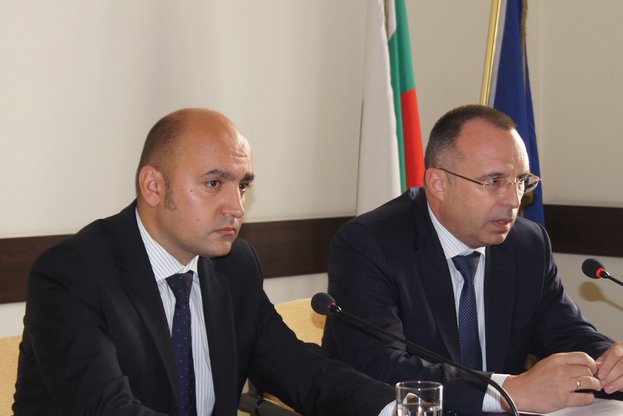 “Each year the Bulgarian farmers are affected by the illegal import of fruits, vegetables and dairy products, but the situation with the Russian embargo also increased the pressure”, stated by Minister of Agriculture and Food Vassil Groudev at the briefing given after a meeting with Finance Minister Rumen Porozhanov to discuss measures against the illegal import of goods with high fiscal risk and improvement of the fiscal control. Minister Groudev added that the goal is to implement all the measures of institutional tools connected with strengthening the control on the possible illegal import.

“Tax non-payment creates highly unfavorable environment for the Bulgarian producers”, said the Minister of Finance, adding further the meeting was organized in the context of the effect of the Russian embargo on agricultural production and its aim was to make clearer identification of the problems and improvement of the coordination, which would continue in the frames of the control inspections.

“Cargo vehicles are checked upon their entrance in the country. There will be also stepped-up control at the markets and wholesale markets. We will provide adequate protection for our producers,” Minister Groudev added. During the briefing was also reported that since the beginning of the year 615,000 tons of agricultural products have been checked.