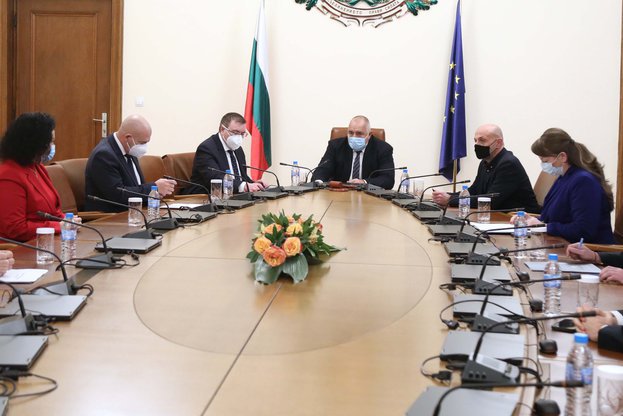 “A record financial support of over BGN 3.1 billion received in 2020 Bulgarian Agriculture. This is a huge amount of money for the sector in the pandemic”, the Prime Minister Boyko Borissov said during a working meeting with members of the Government in the Council of Ministers.

Minister of Agriculture, Food and Forestry Desislava Taneva informed that yesterday the State Fund “Agriculture” has transferred nearly BGN 700 million to nearly 55 000 farmers under the single area payment scheme at a rate that is higher by nearly 20 leva per hectare compared to last year's. “This rate became possible because we took advantage of the opportunities of the European Commission to transfer funds”, Minister Taneva said.

During the period 21-23 December, State Fund "Agriculture" will make the last payment to farmers for this year. It is expected that more than BGN 80 million will be transferred under the measure for the disadvantaged areas under the RDP 2014-2020.

Over 30,000 farmers received additional support in connection with the pandemic. “With over 400 million leva this year the funds for support were increased due to Covid and drought”, Minister Taneva announced. She said in January two new Covid-measures are going to be opened under the Maritime Affairs and Fisheries Programme, which have already been discussed with the business.

Minister Taneva also said that tomorrow the Ministry of Agriculture is expected to increase its budget for support for drought compensation in Southeastern Bulgaria by another 5 million leva. “The aid to the farmers will increase from 2 to 3 leva per hectare. The compensation for the drought, is nearly 23 million leva, with which we have helped 6000 farmers,” minister Taneva added.