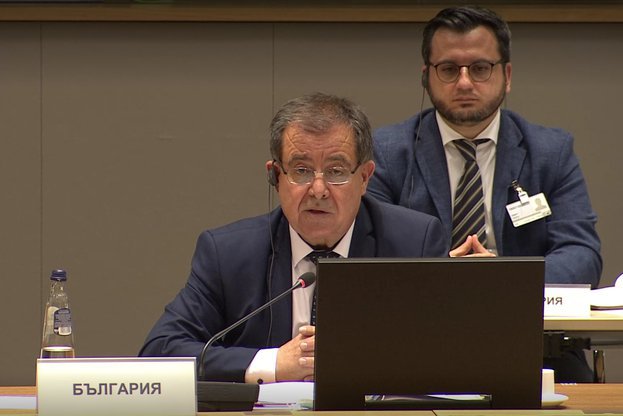 “Boosting small-scale organic producers and processors should be one of the key priorities in the Action Plan for the Development of Organic Production”, stated Minister of Agriculture, Food and Forestry Prof. Dr. Hristo Bozukov during a meeting of the EU Agriculture and Fisheries Council in Brussels. He explained that the major objectives set out in the Council conclusions create a stable framework for the effective implementation of the Plan. "However, it is necessary the specificities and different starting points, circumstances and conditions of Member States and regions in Member States, as well as the successes already achieved to be taken into account, when defining targets for, and interventions in support of organic farming and production in national strategic plan ," emphasizes  Minister Bozukov. In his opinion, it is necessary to provide a budget within the EU promotion policy. This will further stimulate the more efficient demand of organic products.

During the meeting, the ministers exchanged views on the information provided by the European Commission on trade-related issues in agriculture. In this regard, Minister Bozukov stressed that currently sensitive products for Bulgaria are the import of honey, sunflower oil, poultry and walnuts from Ukraine and Mercosur, as well as the protection of geographical indications. He gave the example with Bulgarian rose oil listed in the Australia Free Trade Agreement, as well as the reduction of quotas for sheep and lamb imported from New Zealand.

Minister Bozukov announced that Bulgaria supports the joint proposal of Croatia, France, Greece, Italy, Hungary and Romania on support for the health of bee colonies through national beekeeping programs. He explained that the situation in the beekeeping sector in our country is similar. "In Bulgaria, the reduction of bee pasture, sharp climate changes, as well as increased winter mortality have a negative impact on the number of bee populations and production efficiency. This directly affects the interest in beekeeping, "added the Bulgarian Minister of Agriculture.

Regarding the European Citizens Initiative (ECI) ‘End the Cage Age’", Prof. Hristo Bozukov said that at present the adoption of such a ban on caging of farm animals is unacceptable for Bulgaria. "It is important for our country to follow a balanced approach. We should take into account and carefully assess all the accompanying factors and consequences when introducing new norms and standards of animal husbandry. The new rules should be introduced in stages, with a view to smooth and regulated implementation. This will avoid significant shocks and unintended consequences for the livestock sector, the production of food of animal origin and the food security of the EU member states, "he added.

At the request of Germany, ministers discussed the situation with the devastating floods. Prof. Bozukov expressed his condolences to the victims of the floods in Germany, Belgium, the Netherlands and Luxembourg and joined the call for activation of quick mechanisms to help the affected countries.