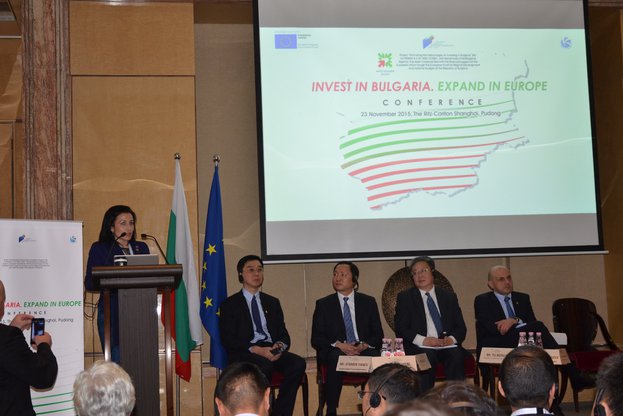 “Trade in agricultural and food products between Bulgaria and China for the past three years has increased by 200%, said Minister of Agriculture and Food Desislava Taneva in the "Invest in Bulgaria. Expand into Europe “Investment forum organized in Shanghai by the Bulgarian Investment Agency. Desislava Taneva gave an example corn export, which grew 50 times. In her words, the exports of quality wines also jumped twice.


The Minister of Agriculture also familiarized the Chinese business representatives with development of the Bulgarian agricultural sector. ,, Our country ranks first in production and quality of rose and lavender oil, "said Taneva. She added that our biological production for the last 5 years increased by 5 times. The land that could be cultivated in 2014 was half Bulgaria’s territory. The minister pointed out Bulgaria had exported sunflower oil for a long time and was among the leading wheat and maize exporters in the EU.

“We work through several programmes for different sectors; there will EUR 3.1 billion for all entrepreneurs in agriculture under several programmes by 2020. The main goal of investments is the modernisation of farms,” Taneva stated. ,, Deepened cooperation between China and Bulgaria includes both trade in foodstuffs and successful Chinese investment, "she added.