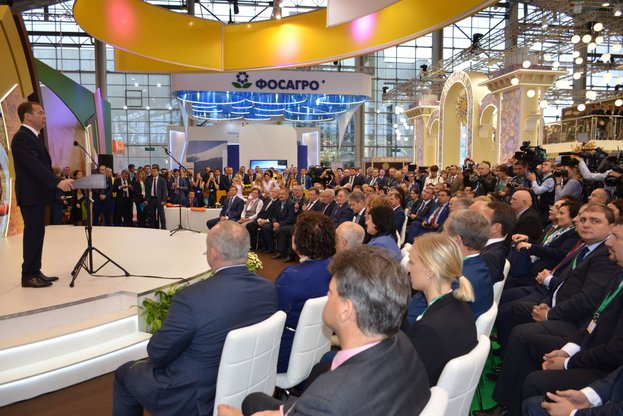 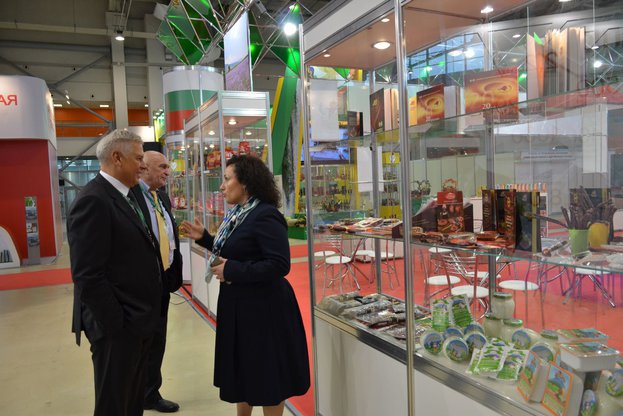 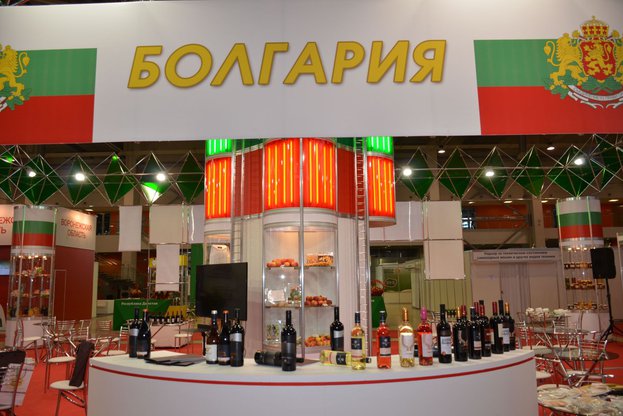 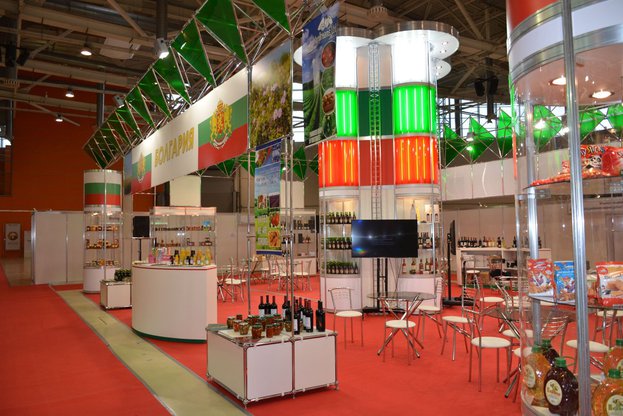 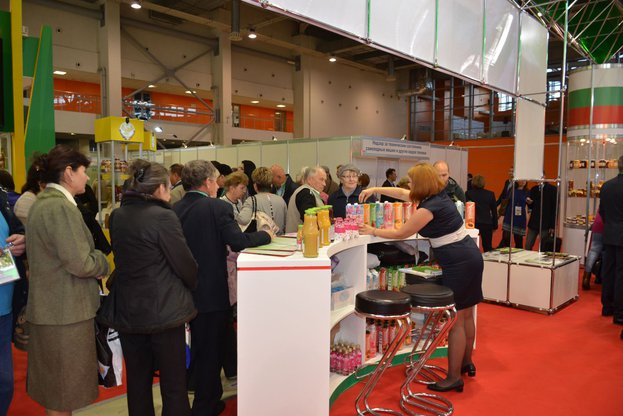 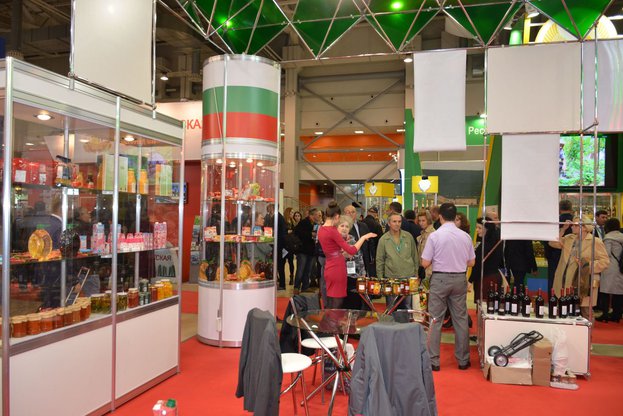 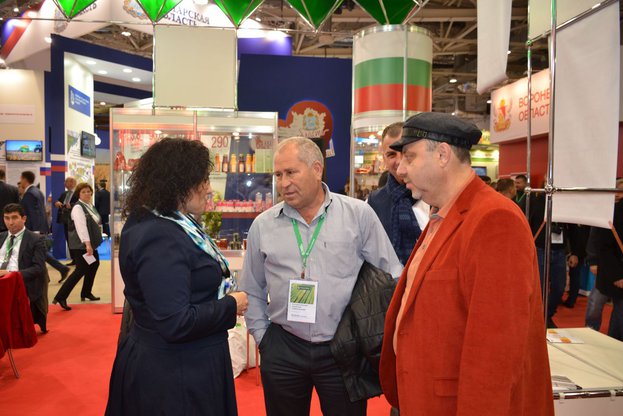 Previous Next
Bulgaria participates with its own stand at the largest International agro-industrial exhibition "Golden Autumn 2016", which runs until October 8 in Moscow. Twenty-nine Bulgarian producers present their production of wine, juices, pasta products, dairy and meat products. Minister of Agriculture and Food Desislava Taneva and the delegation led by her,  visited the Bulgarian stand, which is located in the Main Hall of the Russian regions, where was held the official opening. Within the exhibition Bulgaria is presented with a second stand, located in front of the Hall. Our country offers traditional Bulgarian products that grab the attention of visitors at the entry of the area. The total exhibition area of the 2 stands is 250 square meters. The "Golden Autumn" exhibition is held since 2000, this is the third participation of Bulgarian country. The event is expected to be attended by over 100 000 people.


"For the first time we participate in such event with so many exhibitors. Most of the goods offered here are already on the Russian market like Bulgarian wines, pasta, juices, cans and chutney, “explained Minister Taneva. In her words, the embargo is a problem and its solution can be achieved with joint political efforts. “It’s not only our farmers have expectation and desire, but also all EU countries," said further Minister Taneva. Bulgarian products have enjoyed a great interest among Russian users who lined up before the stand to taste the Bulgarian wine, fruit juices and other products.

Minister Taneva attended the official opening of the exhibition "Golden Autumn 2016” inaugurated by the Prime Minister of Russia Dmitry Medvedev.