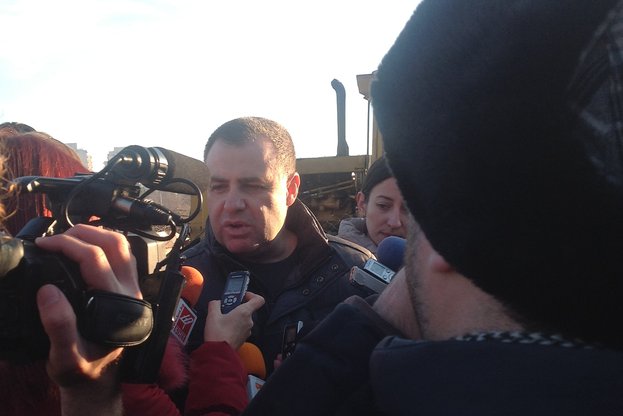 Back in 2007, the Ministry of Agriculture and Food, through the National Forestry Board, initiated the exclusion from the forestry fund of the contentious 29-decare land plot near Nessebar.


This was announced by minister of agriculture and food Dr. Miroslav Naydenov, who visited the plot on the spot. In Nessebar, he discussed the matter at a working meeting with mayor Nikolay Dimitrov, Bourgas district governor Konstantin Grebenarov and representatives of the local Regional Inspectorate for Environment and Waters and the National Construction Supervision Directorate.

Minister Naydenov told reporters that after the land’s exclusion was initiated by the Executive Forest Agency, a statement was issued by the Ministry of Environment and Water that the plot had no environmental value and therefore no environmental assessment was necessary. After the approval of a detailed land use plan by then Nessebar mayor Magdalena Manduleva, in 2008 Executive Forest Agency director Stefan Yurukov withdrew the land from the forest fun and it thus obtained the status of an urbanized territory.


Minister Naydenov explained he will wait for a fresh statement by experts at the Bulgarian Academy of Science and NGOs on whether the land plot constitutes dunes. During his spot check, he could see no vegetation, and observed that the land plot stands around 500-500 metres off the coastline and is surrounded by building objects on all sides.


Construction works on the site have been suspended by the investors until the interdepartmental commission has come up with a stance on the sale, Naydenov said.

The National Construction Supervision Directorate is due to judge whether the construction is compliant with legislative rules. But since all deadlines for lodging appeals have expired, the transaction may only be dissolved though a court procedure, if necessary.