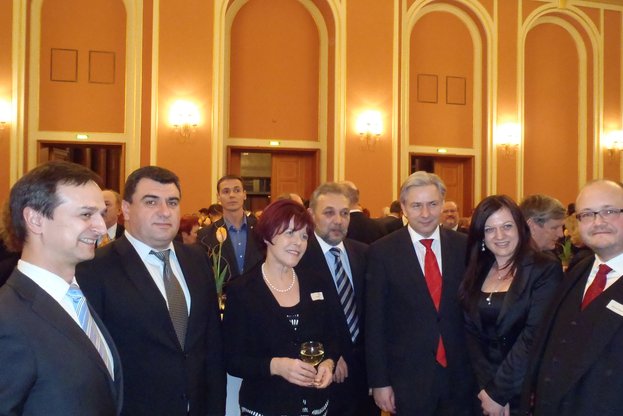 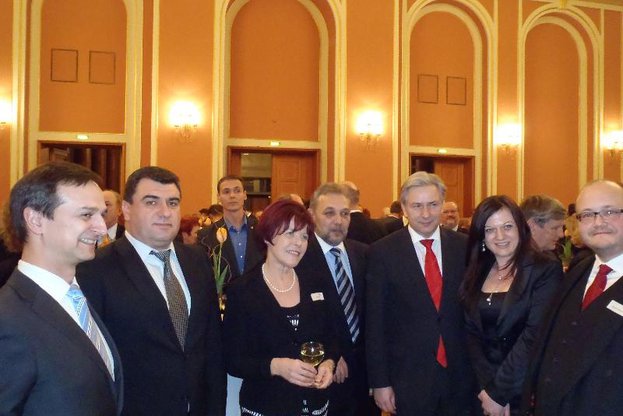 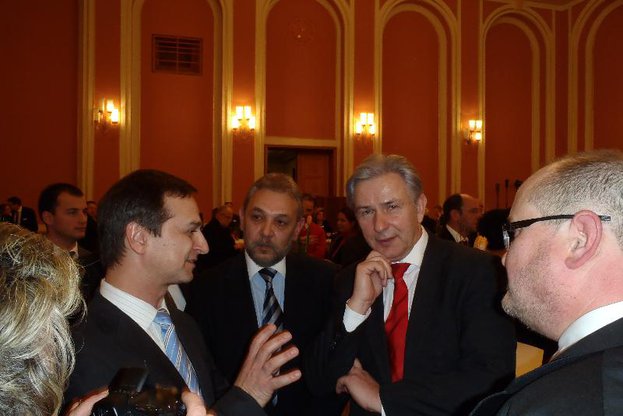 Previous Next
High-quality Bulgarian wines were presented in the ceremonial hall of the Berlin Mayor’s Office at the New Year’s reception of the Berlin-Brandenburg Trade Association (BVV). The presentation was organized with the assistance of the Agriculture and Food Service at the Bulgarian Embassy in Berlin and was supported by the Ministry of Agriculture and Food joined by the Executive Agency on Vine and Wine.

The cocktail party was opened by Berlin Mayor Klaus Wowereit and Karin Genrich, president of the Association. In their address, the two thanked the Bulgarian guests for offering around 600 people the chance to sample and enjoy quality Bulgarian wines.

The event was attended by Bulgarian Deputy Minister of Agriculture and Food Tsvetan Dimitrov, Bulgarian Ambassador to Germany Radi Naydenov and Executive Agency for Vine and Wine executive director Krasimir Koev, who met with ministers, mayors, ambassadors, and representatives of the German business community. The Bulgarian wineries that showcased their produce at the event were Chateau Burgozone, Angelus Estate and Midalidare Estate.

Tsvetan Dimitrov talked with Berlin Mayor and invited BVV head Nils Busch-Petersen to visit Bulgaria at the Vinaria exhibition, which will be held April 3-6, 2013 in Plovdiv.