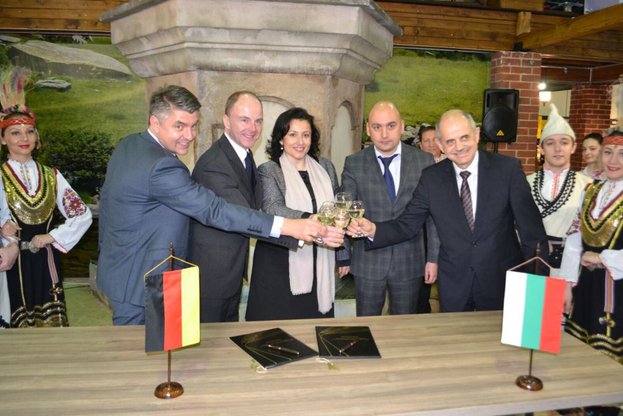 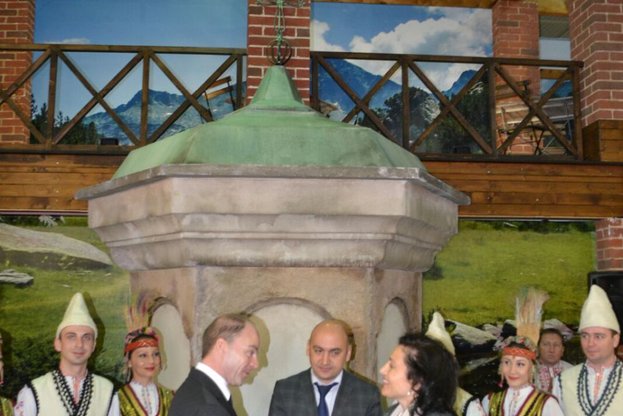 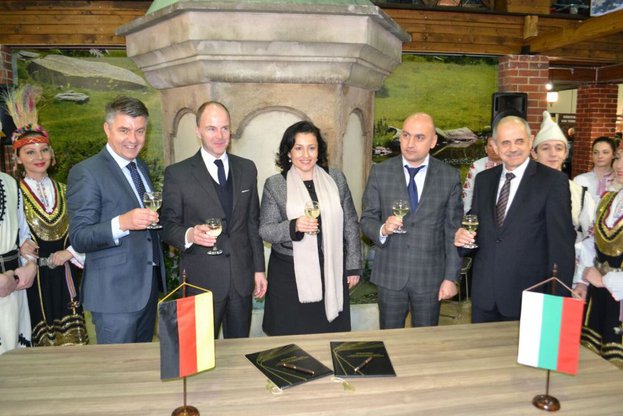 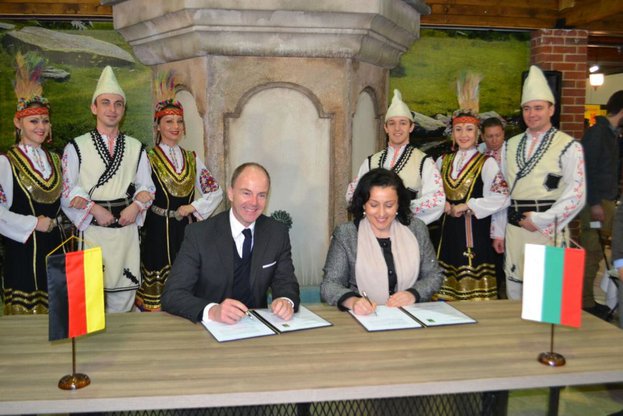 
Minister of Agriculture and Food Desislava Taneva signed an agreement for the International Green Week 2018 Exhibition. This happened during the largest in the world International exhibition for agriculture, food and gardening "Green Week 2017" in Berlin, Federal Republic of Germany. Next year, in the period 19 to 28 January in the German capital, Bulgarian producers will have the opportunity to defend and conquer new market share for their products.


In the presence of the European Commissioner for Agriculture and Rural Development Phil Hogan, Federal Minister for Food and Agriculture, Christian Schmidt and governing mayor of Berlin Michael Müller, Minister Taneva officially inaugurated Bulgarian stand at the exhibition. She stated that this is the most authoritative exhibition for food, giving the possibility of presenting traditional Bulgarian high-quality products to all visitors and partners from Germany and the world. "Germany is an important strategic partner for Bulgaria in the field of food industry and many of the technologies and regulations in our country have been borrowed from the German economy," explained Minister Taneva. She expressed her satisfaction that once again our country has the ability to provide native products, including rose and lavender oil, with which production we are world leaders. Desislava Taneva added that besides the traditional meat and dairy products, fruits and vegetables, during the exhibition, visitors can enjoy the quality Bulgarian wine, well known to the German consumers.

Bulgaria participates in the exhibition for the 28th consecutive time with its own stand, which covers an area of 140 m2, 14 companies present their products, including food, traditional meat as the Trapezitsa roll, the Panagyurska lukanka, the Elena fillet, raspberry wine, bio juices and syrups, organic walnuts, organic honey, jams, dried fruits, diary products, tea, spices etc.